To improve data quality and reduce the workload of customer service, Tallinna Vesi aimed to upgrade the water measurement submission’s user experience, which would lead to more customers using their online environment.

The goal of the project was to modernize both the self-service portal and the mobile application of Tallinna Vesi, which involved upgrading various back-end solutions and developing a new user-friendly interface. 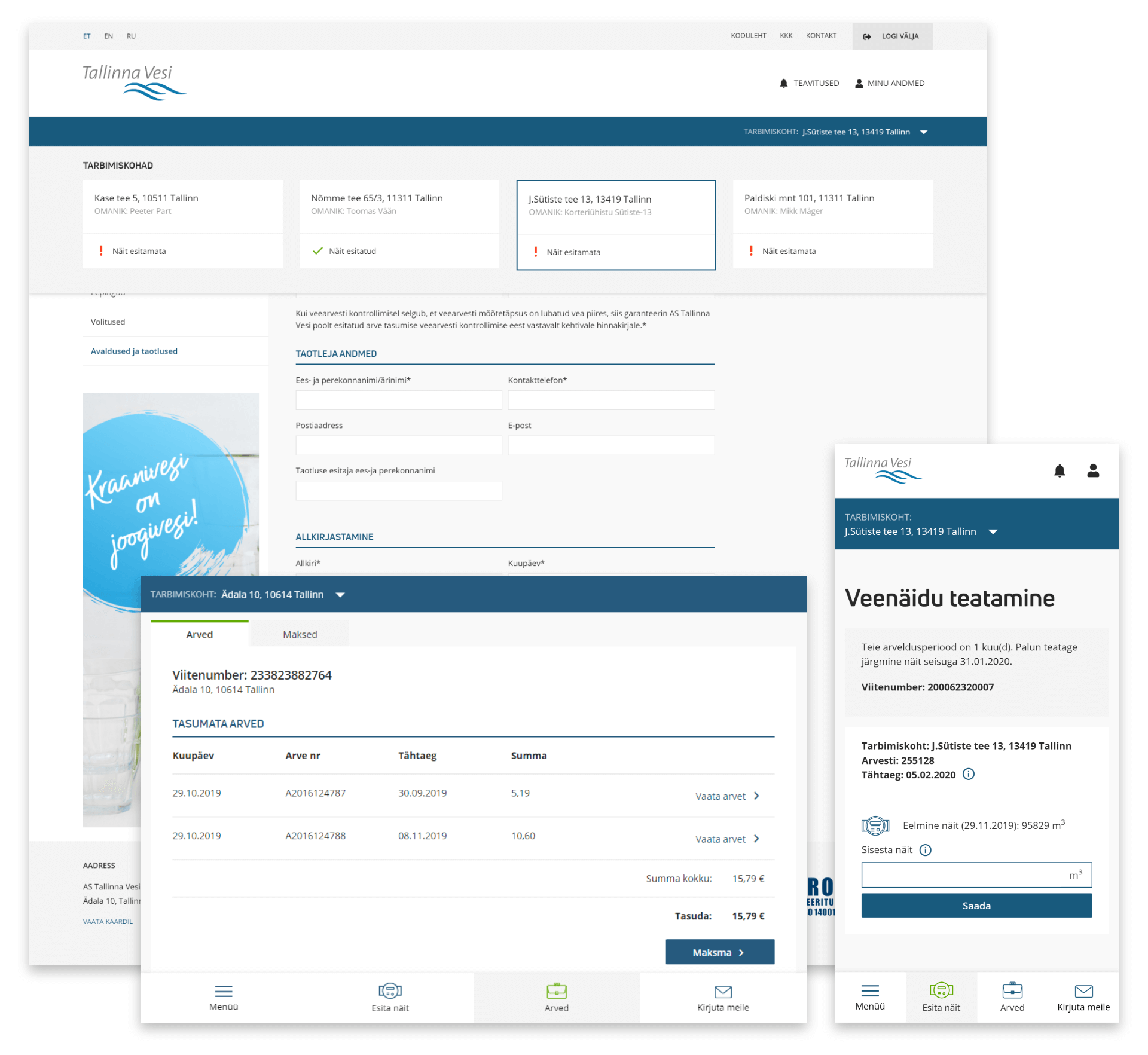 Progress, technical solution of the project

The project started with an analysis stage, during which the requirements and the scope were clearly defined. Due to the heavy reliance of the self-service portal on the general information system of Tallinna Vesi, we also had to map the relations and background processes of both systems. Detailed user stories and a user interface prototype were created in the course of this stage. During the development, we modernized the technical solutions, improved automated tests coverage of the code (with both unit and integration tests), and enhanced the communication between the self-service portal and the general information system.

We decided to replace the existing standalone mobile application with a packaged web solution, which significantly reduces the development and maintenance costs for the client down the road while not making sacrifices from the user’s perspective. The web application was packaged into native mobile applications, available from both the App Store and the Google Play Store, using GoNative.

The upgraded self-service portal and mobile application were made publicly accessible as of December 2019.

More of our projects

The biggest outdoor advertising platform in Estonia. Through it, you can find all outdoor media conveniently in one place and also lease advertising space through the platform.

An application developed for printing service providers, which eases quotation and ordering processes by providing accurate bids for the desired work within seconds.

Come to entrance No. 2, located near the A building sign (next to Kalamaja Pagar). Use the phono lock for entering (No. 204, then the green button). Then come up the stairs and over the roof according to the instructing signs.